The Golden Bears had their first scare of the season as the nagging Trojans wouldn’t go away.  Bears pulled away in the 2nd and 3rd quarters coasting to victory. #BeastMode is playing like their former running back, tough as nails and some swagger.  Only one ranked opponent left on the schedule. #BeastMode are angling for top seed at Nationals.

Sparky and bunch lit Colorado on fire with convincing wins over State & Red Hot Buffs.  Smells like someone is cooking up a championship run in the desert. Will Trevor Driscoll finish above or below 70% on the season?

Senior Colin Hains is at 64% on the season including 75% against the then #10 Hokies.  The House that Harkey built is 23-2 in its last 25 games. On Saturday they visit Chapman fresh off a win over Michigan State & Northeastern.  Is this the year of the Gamecock? Win over the Panthers, Gauchos, and Brigham Young will go a long way to solve that.

The Yellow Jackets put the sting into the Aggies jumping out to a huge lead and never looking back.  Giving up 12 to the Aggies presents small concerns, but perhaps Coach Lovic’s great defenses of yesteryear have paved the way for dominant offenses of today.  Will the Seminoles give the Jackets a run?

Flames bounced the Huskies to remain undefeated.  Now a juicy matchup looms with Michigan State in just over a week.  This game was the key victory for Liberty in 2018. After a 0-3 trip to Cali the Spartans are looking like desperation mode will be setting in.  Will the Flames be able to “turn up the heat.” Yes, we know that joke was terrible.

Win over Michigan State was strong, but doubling up Northeastern was a statement W.  Looks like this Eagles offense is nearly unstoppable and the defense has allowed only one opponent to reach 10.  Their next three look like slam dunks so they might be taking this 9-0 record to Colorado where they can snatch a Top 8 seed with a 2-0 trip.

#ChapTown put the boom on Michigan State and Northeastern.  So much for writing this bunch off. They allowed just 15 goals in two games while putting up 29.  Littered with Division I talent the Panthers just need some time to mesh. Apparently they are now D-I-A-L-E-D in.  Think they use a touchtone phone or rotary? #3 Gamecocks come to town Saturday.

We were worried about their defense (giving up 22 in their trip to the desert).  Well they answered the bell giving up just 13 to Stanford and Sonoma. In the next 10 days Mustangs play Santa Clara, Virginia Tech, and Chapman.  Will the Stangs be riding high in a week?

The Eagles went to Florida and swept the SELC.  Win over Florida State looks good for the resume, but with no Top 25 teams left on their schedule BC is CLC or bust.

The passing of Jefferson Crowther, Welles Crowther’s father, on February 13.  The Man in the Red Bandana is a story worth reading or watching.  Ought to inspire the Eagles this season.

#RedHotBuffs got cooled off in the desert.  After scoring 13 or more in their previous three games, the Buffs were held to 6 goals.  Probably an anomaly, but we have our eyes open. Tigers come to town with everything to prove on Friday.

Might be one of the toughest teams to rank.  Regardless, their win over Santa Clara is boosting them right now.  They head to ATL to play the Ramblin Wreck. In years past it would be a race to 9 as GT played some lock-down defense.  With the scores this year, the race might be to 19. Regardless, looking forward to grabbing the popcorn and watching the defensive coaches pull their hair out in what should be a high scoring affair.

Wouldn’t it be nice if the Trojans could have schedule Cal on a different day when they weren’t playing their third game in three days?  A 13-9 loss isn’t atrocious, but could they have done better with a bit more rest? We will never know and now they don’t play for two weeks.  Need to become BIG fans of Arizona & CUI.

They were good at faceoffs and defense, well until Saturday.  The Cardinal went into San Luis Obispo and got run right out of town.  Game against Dominican looms. A loss would be disastrous for the Cardinal and certainly send them spiraling right out of the Top 25.

Well, they didn’t move Hill to offense but according to Arizona twitter he had 30 saves in an 11-10 victory over Spartans of Michigan State.  #BearDown is no 6-2 with games against BYU, ASU, and GCU on the schedule. The lax cats put up 44 goals in three games. Recipe is starting to come together.

The Hokies basketball team has returned to form and is a top 15 power.  Lacrosse is hoping for the same resurgence, but a 5 goal loss to South Carolina does not speak volumes for this team.  Hokies need to dominate on their trip to Cali.

Broncos took care of business against the Gauchos.  Fun Fact: since moving to the WCLL UCSB is 0-3 against WCLL opponents.  Keaton Collier continues to dominate for Santa Clara. #8 Mustangs visit Friday night.

They made #SCTop10  If you haven’t seen it, go watch it.  Definitely @vvlacrosse with your hot takes.

The former champs had a bad week in California.  Giving up 10 in all three games they played and losing all three is not a good start.  Spartans face the Flames in just 6 days. Perhaps graduation of Boland & Co has impacted the team more than we thought.  Last year they never gave up 10 goals.

Coach Buff Grubb once led University of Tennessee to a Top 5 ranking.  Can he do the same with these Tigers? We will as they travel to play an angry #RedHotBuffs squad.  Twitter game is on point for the Tigers.

Thumped Fraser indoors this past weekend.  Teams with indoor facilities tend to do better as the lighting and sound is different for the visitor.  Cougars have plenty of opportunities to improve this ranking beginning with the cooling off the Devils tonight.

Grand Canyon | BYU & CUI on the dockett.  Must win territory?

Dominican | Ranking is dependent this week on beating the Cardinal

UConn | OT loss to VT looks good, but last team in here that we said that about….WVU.  Oops.

UGA | Loss to Clemson will have a different feel after Clemson v. Colorado.  Win over TAMU was strong.

TAMU | Poor trip to SELC, but bounce back opportunity in Utah later this season.

UCSB | At 1-6 it is a long road, but win over BYU still carries some weight.  No more losses.

Oregon | We need their gear in our poll

Colorado State | Ghosts of 2018 are haunting the Rams right now 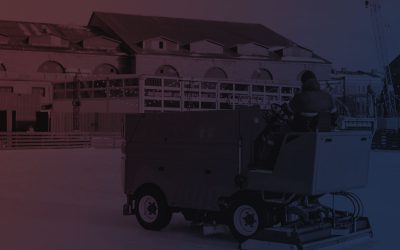