A Plea For Transparency 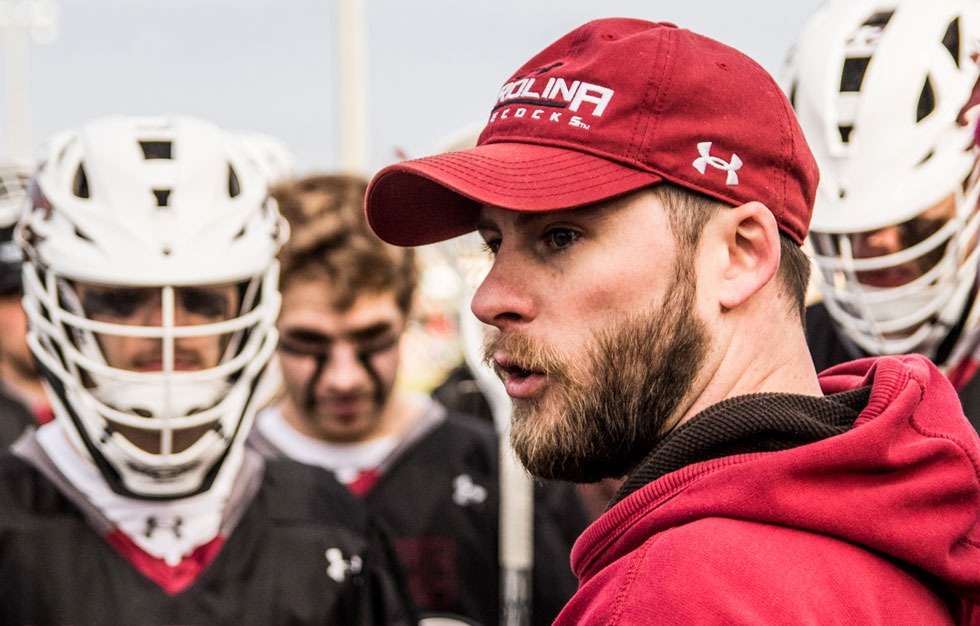 *Note: One of the reasons we started Virtually Varsity was to give a voice to the opinions and stories that haven’t had a platform before. A huge thanks to Coach Harkey for writing our first “Voice of the League” post.  As a publication, our only two guidelines for Voice of the League posts are 1. Be interesting. 2. Don’t be a jerk. We are hopeful you will enjoy hearing from the people that make the league work, and if you have a story you’d like to share, we’d love to hear from you.”

Thanks to the good people behind Virtually Varsity for allowing me to write a column for their blog.  While I think the MCLA as an organization does a remarkable job producing daily content for us voracious lacrosse fans, I’m excited to see other outlets crop up for the sole purpose of MCLA-specific discussion and banter.

Let me start by stating that I’ve always told my student-athletes not to pay attention to polls, whether they are extolling your virtues or ignorant to your accomplishments.  Polls are for parents, fans, and prognosticators.  But we can’t ignore that polls do matter when it comes time to select National Championship tournament participants at the end of the year.

Sixteen teams are invited to the tournament.  With nine conference winners guaranteed an automatic qualifier, according to my rudimentary math skills, seven teams are selected as ‘At Large’ selections.  Seven!  We don’t have to conjure up any far-fetched speculative scenarios to demonstrate how precarious the poll-to-championship invitation situation is, we can look back to last season and look at 2 teams. Team A and Team B.

Team B sat at #10 in the Week 10 poll, sporting a 9-7 regular season record.  Those seven losses were what might traditionally be considered quality losses at the hands of GCU, Cal Poly, Chapman, Georgia Tech, Utah, and Colorado; all who would reach the National Tournament.   Team B was selected for the National Tournament before Team A.

Team A was Florida State and Team B was Colorado State. It is somewhat baffling to me that a 2-loss team could be selected after a 7-loss team.  In doing this analysis I certainly mean no disrespect to what was obviously a talented 2017 CSU squad, but removing labels from records can be eye-opening.  Taking the names off of the 2017 regular season ledgers of both FSU and CSU, looking strictly at W-L columns and opponents’ rankings or strength of schedule,  I can’t see how anybody could legitimately justify that a 7-loss CSU should be ranked above a 2-loss FSU. If not for the rules infractions by Miami of Ohio, FSU would have missed out on last year’s National Tournament.

The MCLA is a tremendous league.  In my opinion, what makes the league so great is its eclectic nature.  Some teams have extraordinary resources and institutional support, others not so much.  The playing field remains the great equalizer and this past weekend was a tremendous reminder of that fact.  I love seeing the league-wide parity that was displayed in this weekend’s cross-conference contests!

So how can we tweak the top-25 poll to do a better job of reflecting the parity across our league?  I think transparency is a start.  Calling the top-25 poll a “coaches’ poll” is misleading.  As the coach at South Carolina over the last four years, I have not been offered an opportunity to vote.  I have spoken with several other coaches across the league who also do not vote in the “coaches’ poll”.

Let me be clear that I’m not whining about my lack of voting rights, but I’m asking that we call a spade a spade, and refrain from attaching the “coaches’” nomenclature to a poll that does not solicit votes from every coach in the country.

1. Allow every MCLA coach to participate in the “coaches’ poll”, in which case voters might retain their anonymity but consumers will know that each coach has had an opportunity to provide their input.

2. Remove the “coaches’” title from the poll and plainly publish the voters’ identities.

Transparency generally has a habit of curbing bias and special-interest voting; human nature dictates that one would take greater pains to give due deference to their votes when the specter of scrutiny hangs in the air.  As it stands, there is no fear of scrutiny over poll decisions due to a combined lack of transparency and access.  Give us one or the other.

Tournament selection, and to a lesser extent polling, is inherently a difficult proposition.  My hat is off to those league leaders and administrators who have paved the way and created an exciting and competitive league.  I believe that with some tweaks and growth, the MCLA can become even an even greater institution for fans, alums, parents, and current student-athletes to enjoy.  Growth benefits all those involved, ‘a rising tide lifts all boats’.  I would love to see our league celebrate its eclectic makeup; we can demonstrate that with a poll that values on-field results above all else.

Thanks again to Virtually Varsity for the opportunity to contribute! 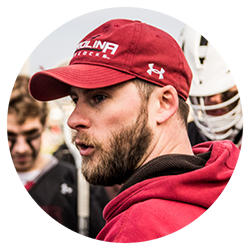 Currently Head lacrosse coach at the University of South Carolina, James “JD” Harkey competed as a midfielder for the UMBC Retrievers under Hall of Fame coach Don Zimmerman, serving as co-captain of the team for the 2011 season.  Harkey’s father, Jay, and three sisters, Meghan, Jessica, and Shannon, also played NCAA collegiate lacrosse.  James is married to Emily Harkey (nee Coady), herself a 100-point scorer for the UMBC women’s lacrosse team.   James works in Columbia, SC, as a trial attorney.  The Harkeys enjoy traveling, practicing yoga, eating good food, and hiking with their four-year-old Golden Retriever-Chow Chow mix, Jackson. You can find him on twitter @harkeyusc.